When it comes to choosing melatonin there are four primary factors to think about:

Melatonin was first isolated in 1958 from the pineal gland of a cow. 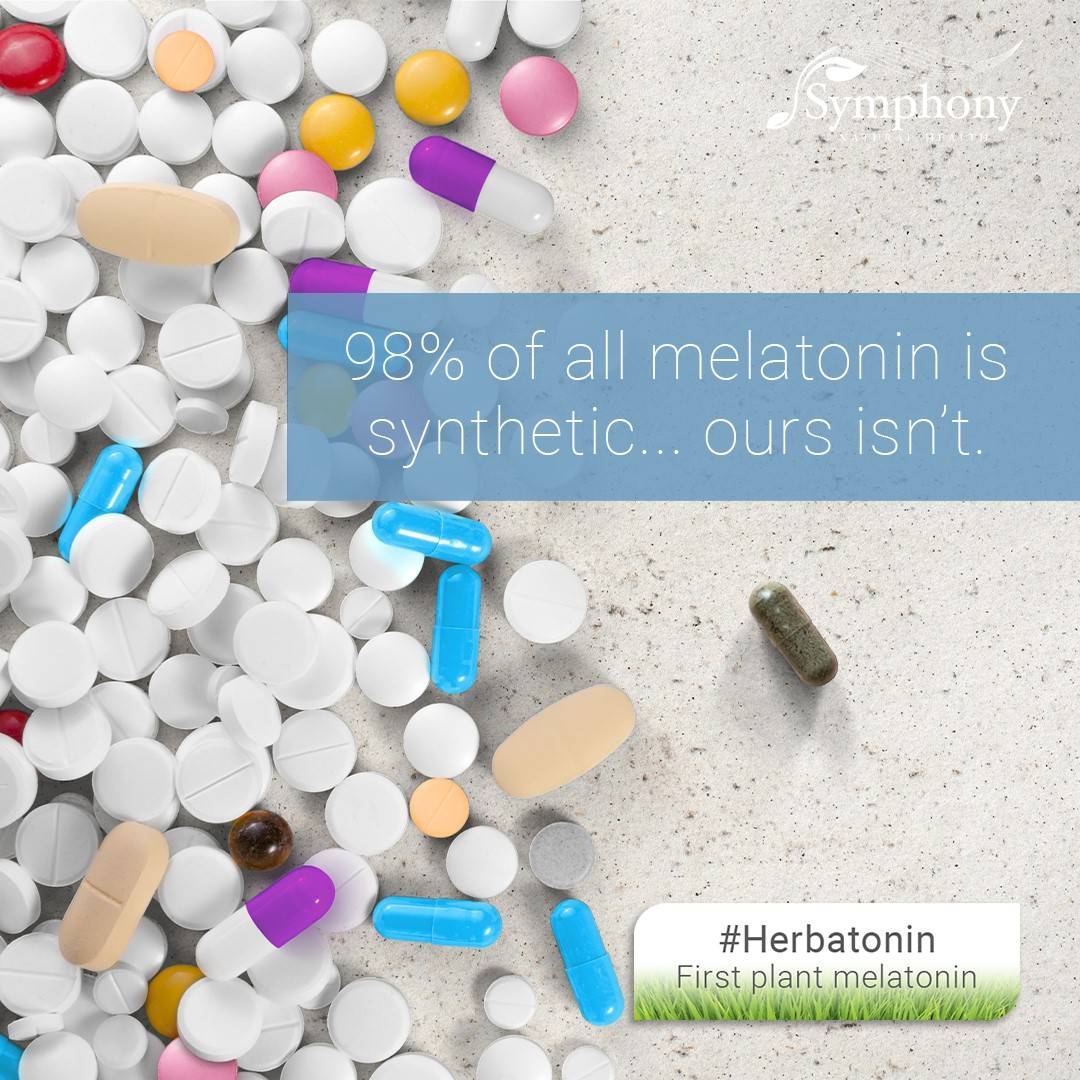 From 1958 until the mid 1990’s all melatonin supplements were animal - extracted from the pineal glands of cows, sheep, or pigs.

However, due to concerns over contamination in the brain, such as viruses, proteins that could evoke an antibody response, prions (think mad cow disease!) and the evolution of the pharmaceutical industry valuing synthetic bio-identical hormones, the main form of melatonin shifted to synthetic by the early 2000’s.

Synthetic melatonin is created by “copying” melatonin from an animal or plant by manufacturing an identical compound, primarily using petrochemicals in the process. Presently 98% of all the melatonin options on the market are synthetic.

Interestingly, synthetic melatonin is often referred to as “natural”, “plant”, “vegan”, or “vegetarian” even though it is chemically produced, and even when, in some cases, the original source of bio-identical replication was an animal.

In nature there are over 40 sources of melatonin that can be traced back to plants, including fruits, nuts and grasses. However, the amounts of melatonin found in plants are extremely small - measured in nanograms. To put nanograms into perspective, 1 nanogram = 0.000001mg.

To give you an idea of just how small the content is in plants, we only need to look at some of those with the highest known levels of naturally occurring melatonin. In order to get just 0.3mg of melatonin you would need to eat over 1500 pistachios, 46lbs of cherries or nearly 4000 bananas!

Luckily, in 1997, Dr. Henry Meissner - the Chief Scientific Officer at Symphony Natural Health - developed the world’s first-ever 100% plant-based melatonin product from rice and grass called Herbatonin®. Herbatonin was further refined and researched over the next ten years, finally hitting the market in 2007 and currently consists of rice, alfalfa, and chlorella. Herbatonin utilizes specific plants that do not include allergens - like gluten, soy, wheat, corn or dairy - and a manufacturing process that ensures there are no chemicals, solvents, artificial colors or flavors, preservatives or excipients ever used. The result: a truly clean, vegan and natural product that is Kosher Certified, Non-GMO and soon to be Organically Certified.

Like all Symphony Natural Health products, the creation of Herbatonin is controlled from seed to shelf, and starts with finding the optimal species, variety, or phenotype of each plant. We then design a unique process that combines a customized cultivation technique and manufacturing method, based on the individual biology and chemistry of each plant used in Herbatonin. That process includes selecting the ideal country, environment, soil, and climate in which to grow, and the optimal method and time to harvest, based on each plant’s life and diurnal cycles, in order to optimize the melatonin levels within the plant. The process continues by investigating the best way to manufacture each plant, so we can concentrate the levels of melatonin and maximize the bioavailability, all while only ever using water, temperature, and pressure – no chemicals, which means that the only thing in the capsule is the herb itself.

Furthermore, the melatonin found in Herbatonin is molecularly identical to human melatonin and, importantly, is not extracted. Rather, it is contained within the plant’s cell matrix, so it is just like eating the plant itself but in far more concentrated amounts. 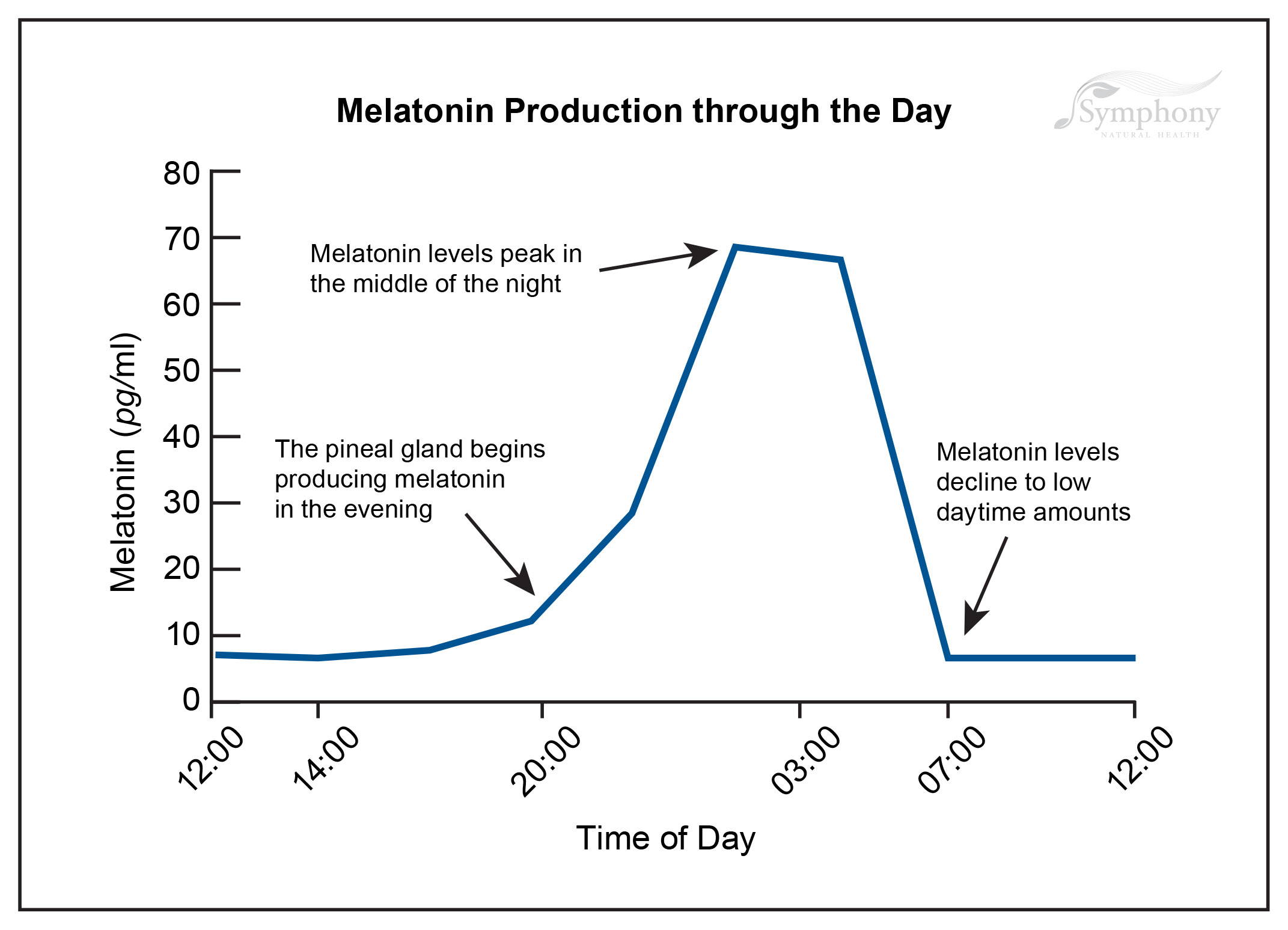 Regular release melatonin produces an initial spike of the hormone in your bloodstream, often much higher than normally present in your body, even when using a lower dose melatonin. Sublingual melatonin can be absorbed even faster through the mucus membrane, having an immediate effect and can, therefore, result in a higher percentage of the melatonin to be utilized as less of it is metabolized in the liver. However, like regular melatonin, immediate-release causes an initial melatonin spike and drop, which can result in waking up in the night when melatonin levels drop. Time-release, delayed-release or sustained-release allows melatonin to enter your bloodstream more gradually and throughout the night.

Are you getting what you paid for?

In addition, 26% of the supplements contained serotonin, a hormone that can have harmful effects, even at relatively low levels. This is most likely because during manufacturing the synthetically produced melatonin missed a critical step in the synthesis as the core of the two hormones are the same.

Oral melatonin tablets often show poor bioavailability either due to poor oral absorption, poor intestinal absorption, or variability in metabolism through the liver. In addition, many companies use binders or fillers in their capsules or tablets. While these binders and fillers (such as magnesium stearate) improve manufacturing speed and cut down on manufacturing costs, they are unnecessary excipients that may alter absorption.

Research into the bioavailability of melatonin supplementation has shown that there is huge range of absorption from 1% to 74%. (1,2,3,4,5,6,7)

The bioavailability of melatonin varies depending on several factors, with research into oral and intravenous melatonin showing that only 3% to 33% gets absorbed through the average gastrointestinal tract into the circulating blood stream. The rest is processed by the body through the liver and excreted in the urine. (1,2,3,8)

Interestingly, even though low levels of oral melatonin are bioavailable, what is available is rapidly absorbed with peak levels 20 to 30 min after oral ingestion from standard melatonin and, in some cases, even faster from sublingual. This, combined with a very short elimination half-life of only 40 to 60 minutes, means that, like above, there is often a spike and significant drop in melatonin, resulting in people falling asleep and then waking in the middle of the night.

Consumer Lab - a 3rd party consumer watch dog - anonymously reviews various supplements every year. In 2020, they reviewed melatonin supplements from across the country, looking at some of the leading melatonin brands in order to verify which products contained 100% of their label claim, complied with California’s Prop 65 heavy metals limits, and is in compliance with FDA labeling requirements. Herbatonin has been part of that review for over 10 years, and every single time it has not only passed, but is now one of Consumer Lab’s TOP PICKS.

As we do more research on melatonin, it has become clear that the amount of melatonin your body produces itself, combined with the specific health reason for which you are using it, dictates exactly what the ideal dose is for you. The correct dose is so important that research has shown that taking too much for your body can actually result in your circadian rhythm getting thrown out of balance and may cause sleep issues. So, working with your healthcare practitioner is key in establishing the right dose for you personally.